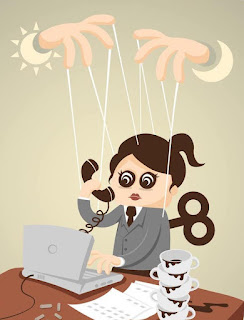 The uniqueness of the twenty-first century is that people have no time. Things have come to such a pass that even couples have no time for each other (let alone for parents or children). This may arguably be one of the causes for higher divorce rates & problem children.

A leading cause for this may be the longer work hours & increased commuting time in the urban areas. The pioneer of the "Eight Hour Workday" was not a labour leader as can be expected, but a visionary Welsh Mill Owner, Robert Owen, in the early nineteenth century. This was gradually accepted as a universal norm. Before this, especially after the Industrial Revolution, workers, not even  sparing women & children were overworked, so that three generations of workers were used up in one generation.

The horrendous working hours existing in the pre-Robert Owen era, seem to be making a comeback in the twenty-first century with a vengeance. Employers are exhorting employees to forget about work/life balance & be available 24 X 7 hours, seven days a week, little imagining the future catastrophe awaiting. This hare-brained extolling of workaholism hits at the very base of society as a recent report of alarming decline in birth-rate in Japan has proved. Japanese workers are known to be workaholics.

Some form of (perceived useless!) cultural activity daily, repeat "daily!" is essential for humans to distinguish them from animals, who exist, feed, reproduce & die. The very "uselessness" of cultural activities is what makes us human & not mere animals. Some fondly imagine that these "useless" activities can be taken up after retirement. But unless these are cultivated & persevered with from a young age, it is too late to develop an interest in them when old. One may even have developed Alzheimer's disease by then. That is why the ancients had an adage "All work & no play makes Jack a dull boy"!

Bertrand Russel, mathematician & philosopher, & an extremely productive man had advocated a four hour workday in his celebrated essay "In Praise of Idleness." But then, who has time to read Russel now? 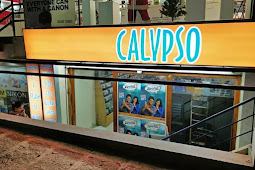 Vinyl LPs began to arrive in the market in the 60's. Bangalore had a chain of record stores, about 3-4 of them, within a few kms! Apart from this, there were a couple of Indie stores on Brigade Road & Commercial Street each. There were also record shops in B.V.K. Iyengar Road & Balepet (near the iconic eatery U.K.B.) There were even branches in the suburbs to cater to the local buyers.

To keep the record collectors informed, classified ads were placed in local newspapers whenever new important LPs arrived, including the niche genre of Classical (both Indian & Western.) In addition the Russian label Melodiya used to conduct sales not only in record shops but in the foyer of the West End Hotel, selling the records at affordable prices.

To play these records, the equipment available then was the (now much derided) suitcase type players. The arrival of HiFi separates began only in the late 70's. But hardly had listeners settled down to enjoy these, than the LPs began to disappear from the market to be replaced by the then more expensive CDs. As the Indian manufacturers were one of the first to introduce the 78's, now they were the first to shut down the record making factories in unseemly haste.

Now most LPs have to be imported, making them insanely expensive. But as one Vinylhead (obsessive LP fan) put it "Listening to music via streaming is like fast food whereas listening via Vinyl is like dining in a Michelin starred restaurant on gourmet food." 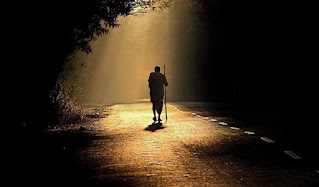 Thoughts & practices may vary wildly among organised religions giving rise to strife, but spiritual truths are strikingly similar across the board universally.

In Patanjali Yogasutras. Yoga is defined as primarily mind control.

The ten perfections of Buddhism.

In her book "Interior Castle", St.Teresa of Avila describes the Castle as made up of seven mansions (or rooms) through which the soul progresses towards divine communion with God. The door of the Castle is opened by prayer. The first mansion enjoins penance & mortification. The second encourages faith & perseverance. The third, humility. In the fourth, health may fail, soul may become melancholy & one may be tempted to even give up prayer. If one persevers, in the fifth mansion, one glimpses some of the delights & favours bestowed by God & should abhor all selfish thoughts. In the sixth, one should think only of God & is attended with great bodily infirmities. In the seventh, the soul, which was like a caterpillar, transforms into a beautiful butterfly or in other words, consummates the spiritual marriage with God.

In "The Ladder of Divine Ascent" by St. John Climacus, there are 30 rungs.

Rabia, a Muslim Saint, said "Marriage is for those who have a phenomenal existence. In my case, existence has ceased & I have passed out of self. My existence is in Allah & I am altogether His." A rich man, seeing her house dilapidated, built a new house for her. She came, saw the new house & told the man that she feared she may get attached to the house & take her mind away from Allah & refused the gift. Here one can see Rabia practising celibacy & "aparigraha" (regarding the house) which is a cardinal virtue especially in Jainism.